Wildhair Creatures of Legends and Lore: The Mothman

The Mothman was first spotted by gravediggers in 1966 at a cemetery in Clendenin, West Virginia. This large, winged, humanoid creature has made his home in the Mountain State ever since. The vast majority of Mothman sightings have occurred nearly 80 miles away from Clendenin, around the hazardous explosives waste site of an abandoned TNT Factory in Point Pleasant.

Drawn to tragedy like (ahem) a moth to a flame, this precognitive ambulance chaser of the unnatural world makes cluster appearances in the months leading up to catastrophe. Most believe the Mothman is warning of impending events, and unfortunately his powers of prediction are legendary because tragedy always follows him. Mothman is now among the most notorious cryptids in North America. It ain’t the moonshine that makes this legend all too real… 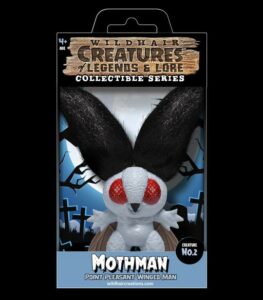