The infamous Yeti is a large ape-like creature inhabiting the Himalayan region of Nepal and Tibet. It managed to live in relative obscurity for centuries with only an occasional eyewitness account emerging from the snow-covered mountains. It was not until the 20th century when western explorers and media ascended the icy peaks that the Yeti was put on the fast track to stardom. 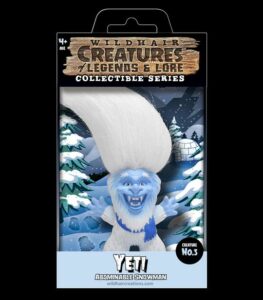